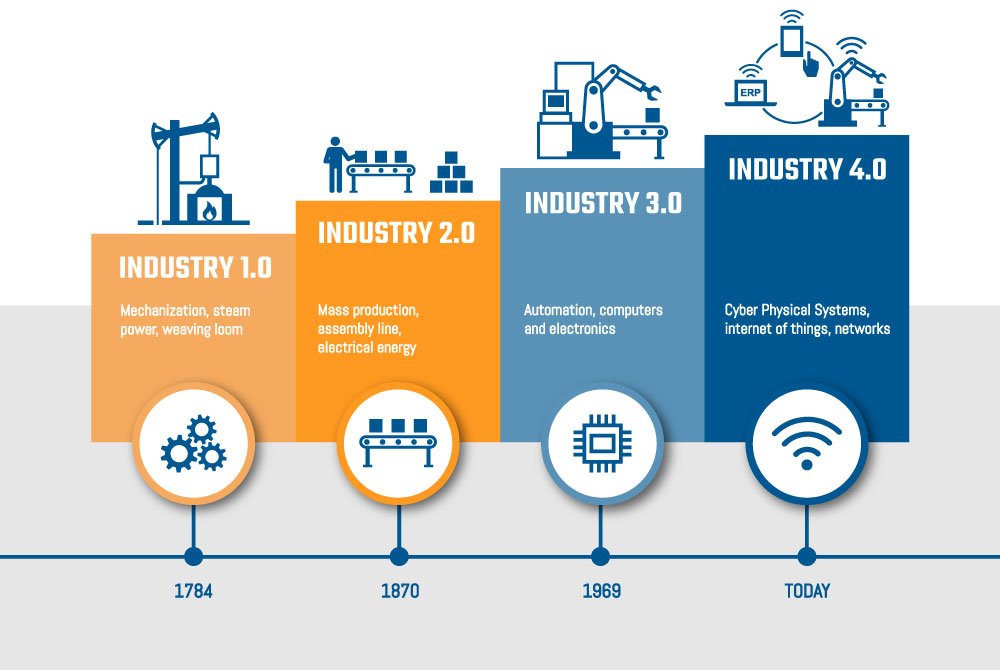 The designation of the different types of industrial production is of course not an active determination of the past, but a simplified categorisation made in retrospect of development. The different stages are not sharply delineated and yet each represents a kind of revolution in industry. This development up to the milestone Industry 4.0 is reflected in the further development and impact on society.

Steam and water as a source of power

The first industrial revolution began at the end of the 18th century. Generally this is also referred to as the "Industrialisation" referred to. During this time, the first machines were powered by steam and water instead of human labour, e.g. power looms. New jobs were created in factories. Socially, this had far-reaching effects, because the world of work changed greatly. Workers were drawn away from agriculture and handicrafts to the factory floors, where they could expect higher wages on the one hand, but had to live with significantly worse working conditions on the other. In the countryside, on the other hand, the negative consequences were noticeable; businesses had to close due to a lack of workers. Due to these strong upheavals, the period is called the first industrial revolution.

Electricity, motors and the invention of assembly line work provided the next major step in development. Electricity and motors made it possible to drive machines independently of water and steam, making them much more flexible. The invention of the assembly line in car production by Henry Ford then provided a significant increase in production efficiency at the beginning of the 20th century. Series production enabled products to be manufactured in even shorter time and in even larger quantities. It was the beginning of mass production. It was now possible for much broader sections of the population to buy the products from the factories because they could be produced more cheaply.

The transition to the next industrial revolution was made possible by the development of computers. Since electronic components were ready for use in industrial environments in the 1970s, automation with electronics, IT and programmable logic controllers (PLC) has been pushed forward in production. Machine processes and controls could be controlled highly efficiently and human intervention could be reduced to a minimum. This is the revolutionary development compared to series production, where machines could only work a little self-sufficiently.

The development of electronics progressed rapidly, so that controls became more and more powerful and smaller. More and more devices could be equipped with their own intelligence. In the course of this, more and more data was available that could be extracted from the automation could be recorded. In Industry 3.0, however, evaluations of this data can only ever be carried out in retrospect and the findings can only be slowly fed back into automation.

Digitalisation, networks and the Internet of Things (IoT)

The fourth industrial revolution is now developing by networking the intelligent automation devices and all other systems involved in production in the best possible way. Networking creates revolutionary possibilities in the coordination of the systems with each other. Each system can access the information it needs for optimal operation at any time and can also make its own data available.

This creates the possibility of self-optimisation and self-control for production in Industry 4.0 and thus the smart factory. Networking is not limited to certain areas and also includes the produced goods themselves. Data from the life cycle of the product flows back into development and can have a direct influence on current production. Machines can share their status with other production systems, which in turn can react to it.

The transformation to Industry 4.0 creates efficiency, flexibility and many opportunities for further development and thus competitive advantages and improvements in working conditions and environmental compatibility.

As with the other industrial revolutions, the changeover is not sudden, but steady and unstoppable. 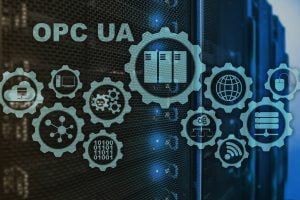 What is OPC UA?

OPC Unified Architecture (UA) is the foundation for the emerging Internet of Things (IoT). Read in our article "What is OPC UA?", what OPC UA means for companies and how you can use OPC UA to strengthen your company's competitiveness. 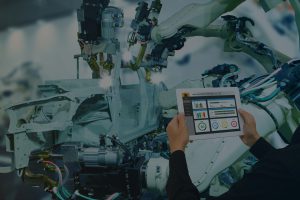 For a successful machine connection, some basic requirements should be taken into account. In our article "The 5 key factors for successfully connecting machines", we address the aspects of network connection, communication protocols and OPC UA as well as the requirements for the machine data. 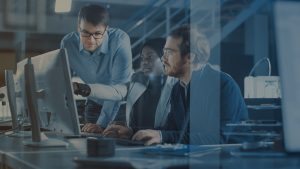 Our products are designed to collect data, merge it and make it available at the right time and in the right place. With OPC Router, the OPC UA Server KEPServerEX and the Factory Application Server FAS you can easily integrate Industry 4.0 in your company.